The Rise of Cans

Over the past few years there has been a dramatic increase in the amount of craft breweries releasing their beer in cans. There are a number of benefits to choosing to can beer instead of bottling; it reduces the risk of UV damage, they are better at stopping air from getting in, it is cheaper to ship them across the country just to name a few. Most importantly, beer in a can can cool down much quicker than beer in stubbies. Anything that makes it easier to get the beer into your mouth is pretty impressive by our standards.

The establishment of Australia’s first mobile canning business suggests that more breweries will soon be releasing even more craft beer out in cans. This should be beneficial to the smallest breweries in our country as it takes away the need of the initial investment in expensive canning lines. For the full story follow the link below.

And if you want to try a fantastic beer that have just been released in cans, Napoleone Brewery and Ciderhouse have just repackaged their ESB into cans. 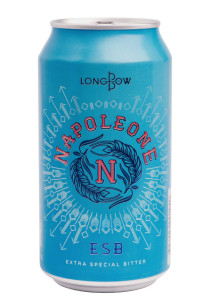