Melbourne is one of the world’s greatest cities. This tour takes you to the heart of the world’s most livable city to enjoy its vibrant beer culture.

Brewing and beer is just as important to the fabric of Melbourne as footy and live music. Due to the sheer number of breweries that could be found in Melbourne during the 19th century, the city quickly became known as Australia’s beer capital. So great was Melbourne’s love for beer that the city’s first elected mayor was even a brewer. While only a few of the historical breweries remain, the number of small breweries that have sprung up over the last decade has once again made Melbourne a city dedicated to beer.

This has even lead to some calling Melbourne one of the top destinations in the world for beer lovers, proving that Melbourne is not only Australia’s beer capital, but also one of the world’s. 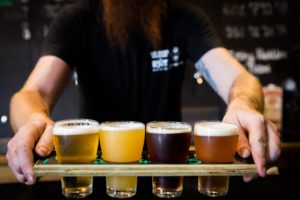 11am    Pick-up at St. Pauls Cathedral (opposite Fed Square)

A family affair through and though. Started by father and son duo Kevin and Dan, these guys are all about pushing out wickedly delicious craft beers to the people. After spending years gypsy brewing their beers all across Victoria, the Dainton family finally found a home and Melbourne’s south-east has never been the same.

One-part micro-brewery, one-part BBQ smokehouse, all parts delicious! Bad Shepherd is impressing taste-buds across Melbourne. Started by husband and wife team Diti and Dereck, this micro-brewery is sure to satisfy those who crave a well-made craft beer to go with their slow cooked food. Trust them when they say they want to lead you into temptation!

Boatrocker has achieved widespread acclaim for their fantastic brews (they were 2018’s Champion Medium Independent Brewery) and have proven themselves to be not just a brewery to watch, but also one to visit. Their freshly built barrel room is the first of its kind open to the Australian public and offers a close encounter with a different side of beer making – barrel aging. Here 150 barrels (and growing) are used by the master brewers to create exciting beer styles that impress the palate with a range of flavours not found in most brews.

Drop off: Location of your choice.

We also visit other great venues in the area including: Carlton & United Breweries, Moon Dog, Clifton Hill Brewpub and Hopnation If you want to visit any of them just let us know! 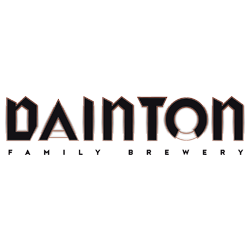